Why We Don't Use the 8-Herb Formulas

There has been a great deal of controversy, confusion and false claims surrounding eight-herb teas that claim to be Essiac.  Unfortunately, these false claims are still being promoted on the internet by unethical retailers. 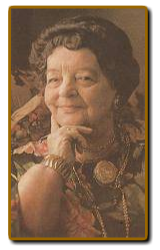 Fortunately, Essiac historian/biographer Sheila Snow had collected more than sufficient evidence to set the record straight on this matter.  Anyone can read these findings in THE SECRETS OF RENE CAISSE'S HERBAL PHARMACY and THE ESSIAC BOOK both written by Sheila Snow and co-author Mali Klein.

Q:  Did Rene Caisse give the Essiac formula to Dr. Charles Brusch?

Furthermore, even Dr. Brusch admitted it was his formula, not Rene Caisse's Essiac formula.  Dr. Brusch wrote to Mary McPherson* in 1987 that he was working on "Herb Formula 1 and 5".  He further stated:  "It is mostly 'our own', plus one or two herbs which do not interfere in any way with our formula, but in fact enhance it.  How happy Rene would be."  [Note:  Rene Caisse had been dead for nine years when he made this statement.]

This letter was written in 1987, two years after Dr. Gary Glum had purchased the Essiac formula from one of Rene's former patients (Pat Judson) and had made it public.  1987 was also the year that Dr. Glum interviewed Dr. Brusch.

Additionally, the webmaster for the Health Freedom Info website stated here that:

"I have had many conversations with Dr. Gary Glum who interviewed Dr. Charles Brusch regarding his involvement with Rene Caisse.  Dr. Glum assured me that Dr. Brusch did not know Rene Caisse's formula and recipe for Essiac tea.  He further indicated that he believed that Dr. Brusch's signature was forged on documents in Elaine Alexander's apparent attempt to market their own version of Essiac tea called "Flor•Essence®", which contained eight herbs."

"Four of the herbs in "Flor•Essence®" are identical to the four-herb Essiac formula that Dr. Gary Glum made public with the release of his video tape and book CALLING OF AN ANGEL in 1988.  Dr. Glum told me that Elaine Alexander got the Essiac formula from him.  Also, Dr. Glum interviewed Dr. Brusch in 1987 before he and Elaine Alexander began manufacturing their own eight-herb formula."

Sheila Snow knew Dr. Brusch and thoroughly researched this controversy.  In short Sheila Snow & Mali Klein stated:  "Considering Sheila's 16 years' association with Dr Brusch and his wife, and examining the evidence of the letters exchanged between them and with Mary McPherson, we must conclude that we do not believe that Rene ever gave Dr Brusch the Essiac formula.  Therefore we must question any subsequent claims by people associated with Dr Brusch as having access to the original Essiac formula."2

Q:  Were there false documents and apparent fraud perpetrated to promote the eight-herb teas that are still being (falsely) called Essiac?

A:  Sheila Snow received a handwritten note from Dr. Brusch's wife, Jane, dated 20 January 1993, which stated:  "Thanks for your note and information.  I am infuriated over all the different things I am hearing.  I can't believe that so many people are using Charlie's name and the things they are coming up with -- old signatures etc -- requests for peoples' records and histories -- all lies.  I turn all these over to our lawyer -- I am dumbfounded.  Hope your are fine, Love, Jane."

Sheila Snow and Mali Klein further state in THE SECRETS OF RENE CAISSE'S HERBAL PHARMACY that:  "Dr Brusch apparently became partners with Elaine Alexander in 1988 [three years after Dr. Gary Glum purchased the standard four-herb Essiac formula from one of Rene's former patients], and was claimed to have worked exclusively with Rene for 20 years in perfecting the Essiac herbal formula.  To reinforce this claim, THE ESSIAC REPORT by Richard Thomas has reproduced a legal document signed by Dr Brusch on page 125.  Paragraph 7 exactly quotes Dr Benjamin Leslie Guyatt's public statement of 1940 concerning Essiac, wrongly attributing the words to Dr Brusch over fifty years later....He [Dr Brusch] died on 21 October 1993 aged 85.  Elaine Alexander died on 30 April 1996.  The company they founded was still publishing leaflets as late as March 2000 describing Elaine as 'Today's Custodian of...' and discussing her in the present tense, which has proved very confusing to cancer patients prepared to put their faith in their product.  There is no evidence to prove that Dr Brusch worked with Rene for 20 years."

Dr. Brusch indicated to Sheila Snow in a telephone conversation in 1980 that he did not know the formula.  This occurred two years after Rene Caisse died.1

*Rene Caisse's best friend was Mary McPherson, the only person that Rene allowed to make Essiac tea for her cancer patients.  On December 23rd, 1994, Mary McPherson recorded a sworn affidavit that revealed officially for the first time what the true Essiac tea formula and recipe was in order to settle the controversies over the true Essiac formula.  This was the final Essiac formula that Rene Caisse had developed after fifty years of research with laboratory mice and real cancer patients in her Bracebridge cancer clinic.

Click here to view the only verifiable and legal documentation of the true Essiac formula that Rene Caisse was using at the end of her life.

Sheila Snow obtained further documentation for the Essiac formula from Dr. Chester Stock of the Sloan Kettering Cancer Center in 1979.  The letters between Rene Caisse and Dr. Stock revealed the sheep sorrel roots are "very essential" to the Essiac tea formula.

To learn more about the herbs that Rene Caisse did use we recommend reading ESSIAC:  The Secrets of Rene Caisse's Herbal Pharmacy.

Here is the correct formula and herbs:

We only use the standard, legally documented Essiac tea formula.

* IMPORTANT NOTICE:  We do not sell nor are we associated with the trademarked (TM) or registered (R) "ESSIAC" products that are sold by other companies in Canada and the US.  We only sell the herbs so that people can make Rene Caisse's tea in their own homes.  Rene Caisse never registered, patented or trademarked "Essiac" which was simply her last name spelled backwards and was originally derived from a native American herbal remedy for cancer.  The word "Essiac" was in common usage in the 1930s, decades before anyone tried to corner the market by "registering" or "trademarking" the word "Essiac".  Furthermore, we only use the "Essiac" formula which Rene Caisse's best friend, Mary McPherson, officially entered into the public domain in a sworn affidavit in 1994 in Bracebridge, Ontario.  This formula uses Turkey rhubarb root which is much more pleasant tasting than the Indian rhubarb products on the market (which is why Rene Caisse switched to Turkey rhubarb in her final Essiac tea formula).  The HealthFreedom.info website has posted Mary McPherson's "Essiac" formula affidavit here.  This is the formula we use.

The information on this page and on this website is for historical and general information purposes only and should not be construed as medical advice.

Essiac NorthWest, Humbleweed, HerbGoddess and many others have all contributed to the Essiac Circle of Friends, a natural society of  like-minded people continuing traditional native herbal healing in the spirit of the Seven Fires Prophecy.  The Essiac Circle of Friends is a cooperative effort to provide the highest quality Essiac tea herbs on the planet.  It is not in itself a corporation or business but some of the people involved have started their own retail outlets to provide these high-quality herbs to the public.   We are the people who plant, grow, harvest and supply these high-quality herbs to those in need.  The Circle has evolved over the past decade with various people contributing to it and then moving on in the ever-changing ebb and flow of life.